MIFI was founded based on an idea and vision of Ronald Masin.

Born in Rotterdam of Czech-Dutch parentage, Ronald Masin started his violin studies at the Rotterdam Music Conservatory at the age of five.

In 1962 he obtained his violin and chamber music diplomas from the Royal Music Conservatory of Brussels with the highest distinction.

At the age of 25 he was offered the Leadership of the Amsterdam Philharmonic Orchestra where he stayed until 1984. He formed a chamber music group, the Amsterdam Kern Ensemble, which during its eleven years of existence performed over 600 concerts in 22 countries, recorded for EMI and commissioned and performed a great number of works by contemporary composers.

From 1984 until 1986 he was Associate Professor and Head of the Strings Department and the University of Cape Town. From September 1987 to 2002 he was Senior Lecturer at the D.I.T. Conservatory of Music and Drama and a regular guest teacher at International Master Classes in Ireland and abroad.

Ronald Masin is currently Artistic Director at the Young European Strings School of Music, and is also a Director of the Music Instrument Fund of Ireland Ltd. 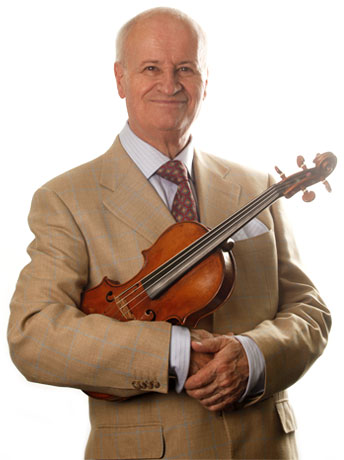